Shazam is out and it’s getting all the positive reactions it deserves. DC has been struggling to find its footing for a while now, but after Aquaman hit during the Christmas season while joyfully shrugging off the grimdark vibes of its predecessors audiences have been happy to go along for the ride.

As an origin story Shazam is as cheese as it comes, but the movie owns the goofiness so well that you’ll have no trouble going along with it.

Set in Philadelphia the stakes are already low, because if anything happens, it’s ok, it’s just Philadelphia. Billy Batson, a foster kid gets whisked off to see a wizard who gives him the power to hold back the seven deadly sins, in this case CGI aberrations who have escaped and possessed Mark Strong.

Now the 14 year old Batson can just say “Shazam” to change himself into an adult superhero. A lot of fun is had with the age-play of being able to turn himself into an adult at will. As a child, what would you do if you could shoot lightning, were invulnerable, and could fly? Buy alcohol, visit strip clubs and run away from the first signs of danger of course.

A dark humour permeates the film and there are genuine laughs to be had throughout.

My only gripe is that there seems to be a disconnect between Zachary Levi’s goofy fun guy acting, and his younger opposite number Asher Angel who looks like Maisie Williams doppleganger. Angel bears the load of having to be surly and grumpy, a mode that doesn’t carry over (thankfully) into superhero time.

I always thought for DC to emulate Marvel’s success they would have to just lift their formulae entirely, but Shazam makes itself great on it’s own terms, while learning from the failings of its forebears. Somehow this film feels like it has taken less notes from recent super hero films and gone back to basics.

Zachary Levi admits as much in interviews. “Hilarious and creepy. Like the Amblin movies we loved growing up. Goonies and Gremlins. We certainly tried to capture that”.

Matt, our resident professional with an opinion had a tough time coming up with anything funny to say about the movie, “It’s always hard to do opinions for the movies that are actually decent” he told me.

It was easy to just sit back and enjoy it which I think is a pretty impressive thing when their whole superhero story was “because magic”.

Yes the film is family friendly, apart from demons that nom nom on people in suits, but it’s still a great time.

#Shazam Is a legit fun time, Proving you don't need to use the Marvel formula to make a great Superhero film. @Roadshow pic.twitter.com/hK2dIRF5w0

The Good
The Bad 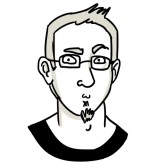